The Okmoniks are Helene 33 and three guys, usually — it’s kind of a Bonnie St. Claire & Unit Gloria look. In the current, but ever-changing lineup, Helene plays organ and sings, Sammy plays guitar, Jason plays bass, and Will plays drums. They describe their sound as DMZ meets Lyres, and think that’s a very funny joke. The OKs, as they are known in text messages to each other, formed in Tucson in 2000 and relocated to the San Francisco Bay Area in 2009, where they love playing The Knockout, shopping at Thrillhouse Records, and playing pinball at Free Gold Watch. The OKs have three self-released EPs and one LP on Slovenly Records (that they know of). For further reading, here’s a fake description they cribbed and barely altered from the back of a Paul Revere and the Raiders Record:

While still in her teens, Helene 33 was running a drive-in theater and two barbershops in Kalamazoo, Michigan. One night, while listening to a teenage dance combo, she was asked to sit in on organ. Later they invited Sammy to play guitar. Since forming the group they have played at packed dances all across the country. And long after a dance is scheduled to be over, things are still jumping.

“ROCK AND ROLL BY ANY MEANS NECESSARY” – The Oks 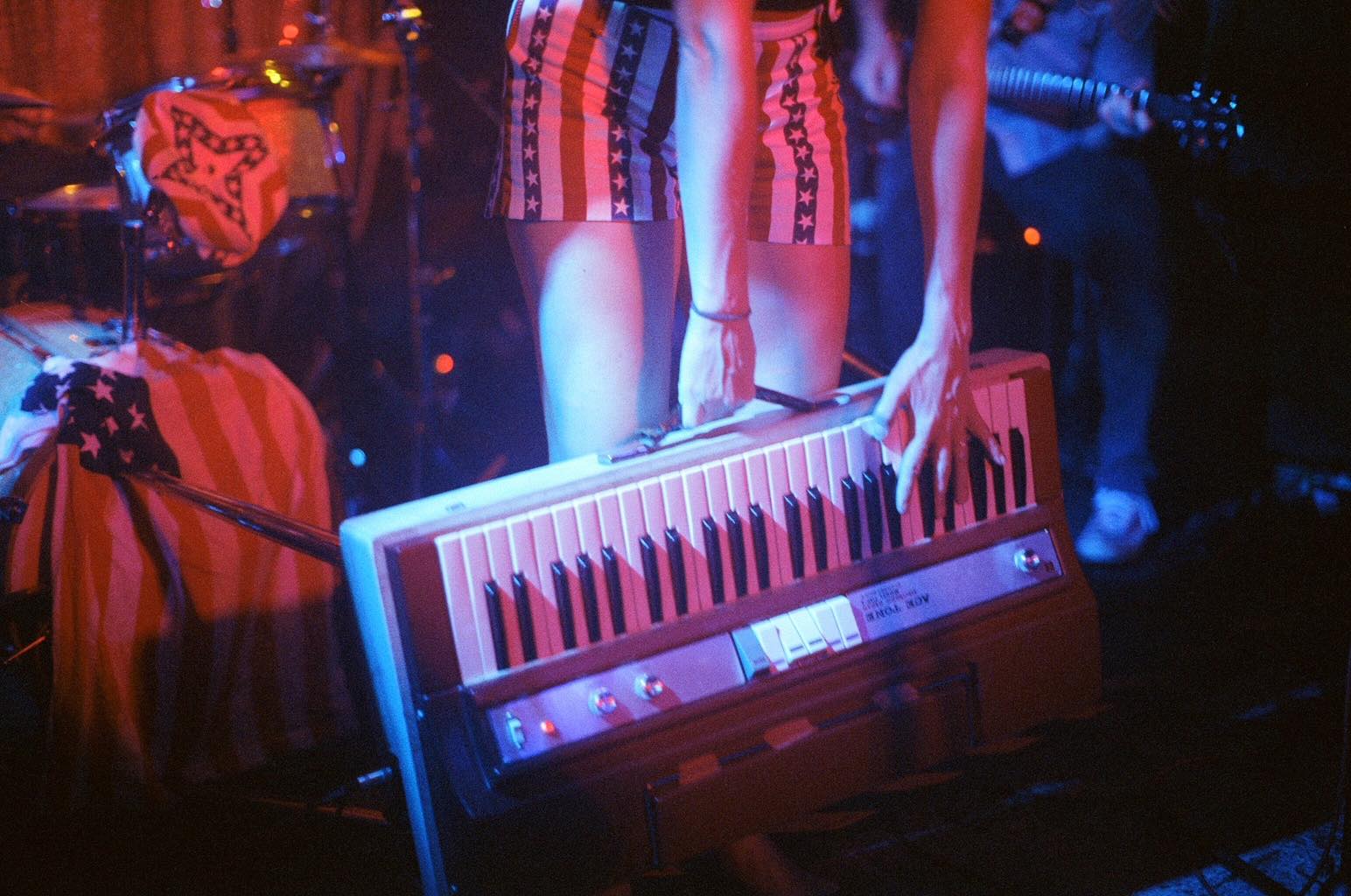 STALINS OF SOUND
Scroll to top