Slovenly Recordings is proud to present the debut hard copy from GREEN / BLUE: manually opening up a can of syrupy tones and pouring them down upon our daily bread. Each track cuts through a work uniform and plugs guitars directly into a human heart, encapsulated by a fully functioning warm body, which is either hugging a pillow and singing along to the 80% cocoa bittersweet dual vocals of Jim Blaha (The Blind Shake) and Annie Sparrows (The Soviettes), or revving the engine to the stoner, greaseball anthems of high motility.

The Green / Blue sound is primarily influenced by visual art, or more specifically, collages (“‘cause you can grab from anywhere and make a new story with it” – J.B.) and inverts itself for manifest on the album artwork, also performed by Mr. Blaha. His recent discovery and newfound love for lo-fi pop jangle (The Clean, The Chills and early GBV, as well as longtime JAMC lust) represents a bit of a sonic departure (not to be mistaken with maturity) for the label as well.

Each fat track was recorded on the thinnest of tape in the basement studio of Blaha’s Minneapolis home. What originated from batches of his home-brewed solo songs and electronic experiments, Green/Blue developed into a four-piece live force after adding Danny Henry (The Soviettes) on drums and Hideo Takahashi (Birthday Suits) on bass. 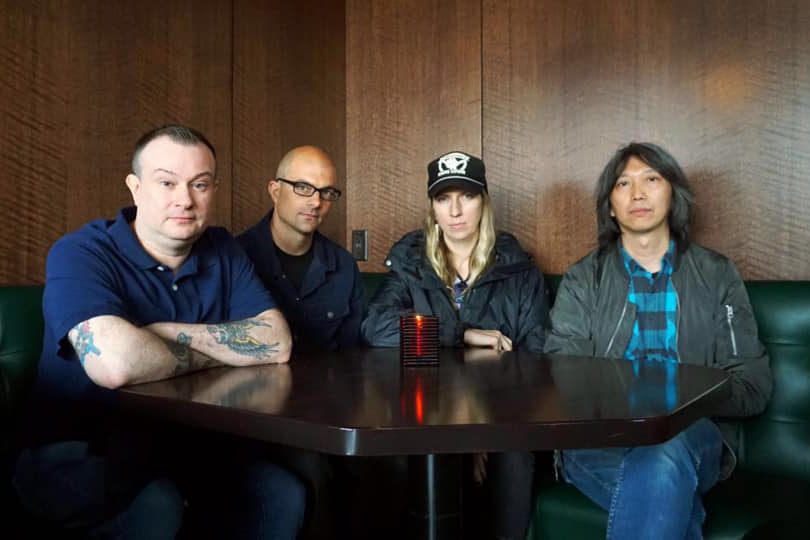 TOMMY AND THE COMMIES
Scroll to top