GINO AND THE GOONS

Gino and the Goons are the most unlikely band to have gotten any attention in the current shitpool of rock’n’roll posecrap. Fakes are plenty, and everyone seems to be buying it, but we’re happy to be wiping our asses with it. Late 2012 saw the release of The Goons’ debut self-released LP. The 300 copies only press was a goner in no time flat, but the sickos at Total Punk rushed out a reissue to meet the demands of of the desperate, and quickly followed with the “Troubled” 7inch, the sleeve of which I just devalued by setting it in the condensation on my desk of my 11th beer of the night. This slab was promptly answered by the weirdos at Pelican Pow Pow, with the release of the “Oh Yeah!” single, and it’s even soggier than than the sleeve I just ruined. In 2014, Gino and the Goons and Black Gladiator have sniffed each others asses just enough to have come to the understanding that if we’re gonna do a record together, it’s gotta be the baddest shit. THE BADDEST SHIT. This is the album you wanted to be budget rock. This is the album you wanted to be dumb as fuck. This is the album that fails on both levels. This is the album that proves that Ramones worship doesn’t have to be predictable or generic. This is the album that proves that rock’n’roll doesn’t have a fashion, and that musical style rules supreme. PLAY LOUD cuz, ‘cause you’re not likely to get this action for many years to come. R.I.P. Joey, Dee Dee, Johnny and Tommy! 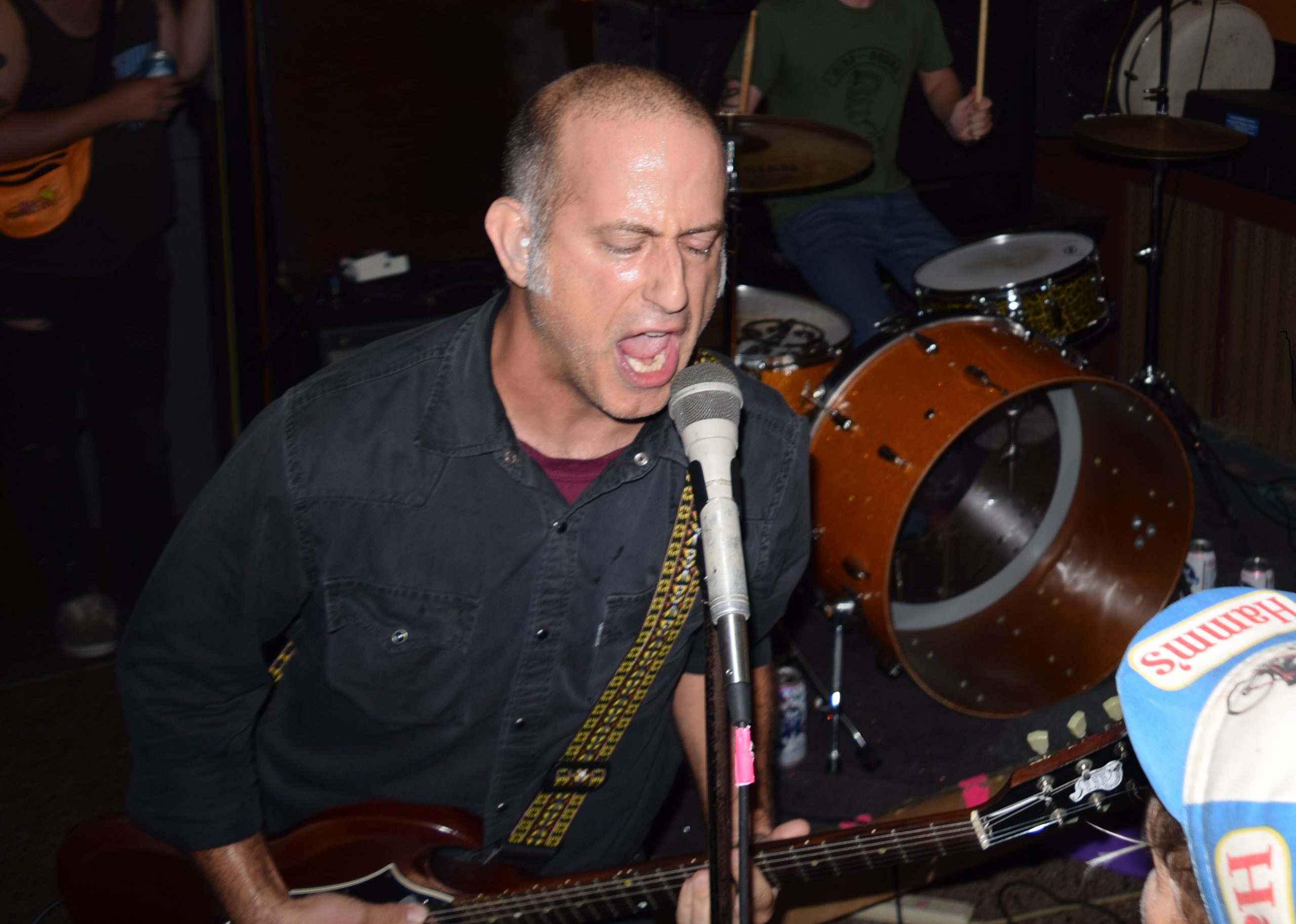