Bipolar is the twisted creation of Pouya and Obash, formed in a Brooklyn pisshouse while on a bender in the not too distant past. The duo moved to the USA from “conservative” Tehran, Iran as a cog in a wheel of a true underground scene in pursuit of their passion for cross dressing musical performance based on their love of the circus and all things theatrical. Think SCREAMERS finger-banging THE DICKIES while THE SPITS egg them on – Pouya has already done time on keys with The Spits.

And look at these sick bastards now… Hopefully one day soon you’ll get to see them in the third dimension.

With the addition of Kayla from NYC garage-punk party people THE OTHERMEN on synth, and some other man named Ethan on drums, BIPOLAR mightily spew forth their debut 7incher with timely titles “Depression” and “Virus” among the melee. We’re giving you the worthless Slovenly guarantee that this EP is a cure for at least one of these ailments. 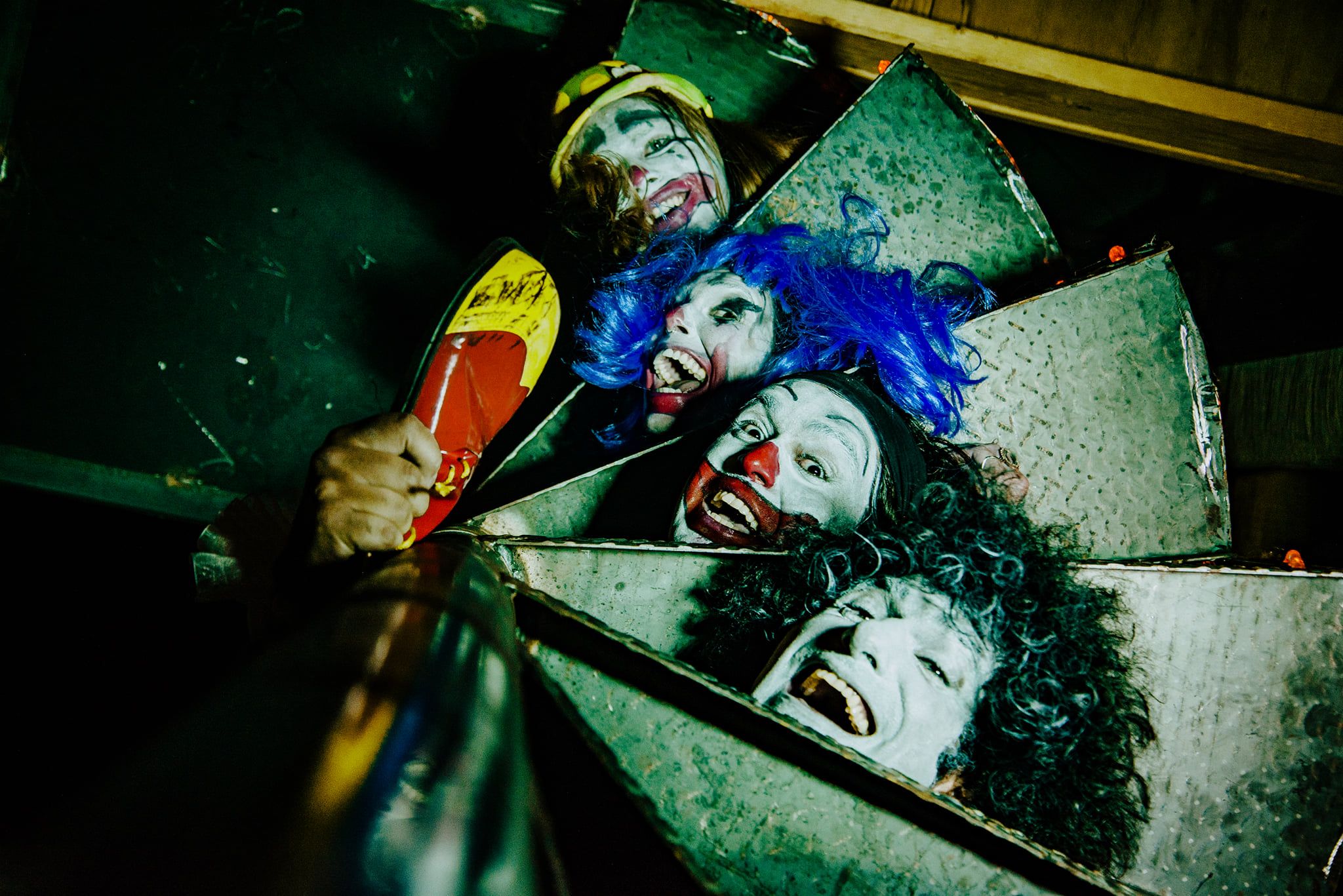